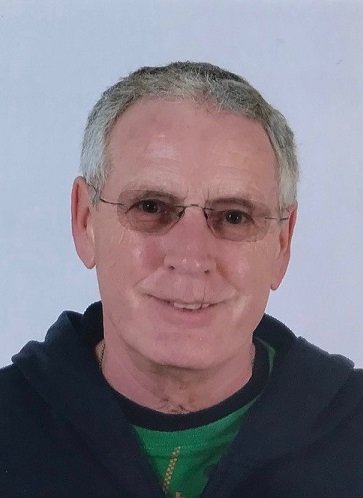 Please share a memory of Barry to include in a keepsake book for family and friends.
View Tribute Book
John "Barry" Lacombe Born: September 10, 1943 Died: March 29, 2020 Lacombe, John Barry died March 29, 2020 at the age of 76 after a long battle with cancer. He is predeceased by his parents Douglas Lacombe and Ruth (nee Milne). He is survived by his wife Jamie Gould, sons Courtenay and Tyler and step daughter Frankie McInnis all of Ottawa, brothers Martin of Alexandria ON, Neil of Shediac NB, niece Amanda Lacombe of Moncton NB, nephew Doug Lacombe of Calgary AB, sisters in law Sharon Lacombe of Alexandria ON, Debbie Stadnyk of Shediac NB and Tanya McInnis of Saint John NB. Barry was born in Montreal, grew up in Moncton and attended St. Mary’s University in Halifax. In his younger years he was very active in sports and in his later years in a senior’s softball league. He was also an active parent in his sons’ sports, especially minor hockey. He had a few successful careers, primarily at senior levels in the federal public service, CMHC, Revenue and a few other departments, then in the private sector as President of the Canadian Steel Producers Association, and his final career, as an aide to Member of Parliament - Minister Dominic Leblanc. He loved working on the issues and enjoyed many friendships formed over his life. He will be interred at the family plot in Glen Robertson, ON, with arrangements being made by the Glengarry Funeral Home in Alexandria ON. He will be cremated with burial in a private family ceremony at a date to be determined. A Celebration of Life will be held with date, time and location announced in the future. He was especially appreciative of the caring medical care provided by the Ottawa Hospital and at the Chartwell New Edinburgh Square Seniors Residence. Donations to the Ottawa Hospital Cancer Center would be appreciated by the family.
To send flowers to the family or plant a tree in memory of Barry Lacombe, please visit Tribute Store

A private family graveside service will be held at a later date.

Due to COVID-19, a Celebration of Barry's Life will be held at a later date.
Online Memory & Photo Sharing Event
Online Event
About this Event

Share Your Memory of
Barry
Upload Your Memory View All Memories
Be the first to upload a memory!
Share A Memory
Send Flowers