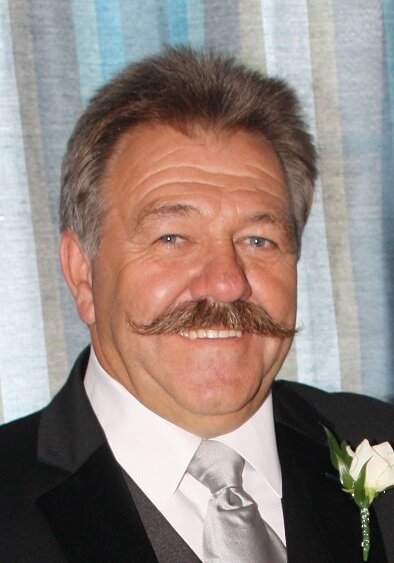 Please share a memory of Rejean to include in a keepsake book for family and friends.
View Tribute Book
It is with sadness that the family announces the passing of Rejean Cardinal of Ste. Anne de Prescott. He passes away at his home in Ste. Anne de Prescott, surrounded by his loved ones, on September 2, 2021, after a long battle with cancer. Loving son of Cecile Cardinal (née Seguin) and the late Bruno Cardinal. Beloved husband of Joanne Cardinal (née Jeaurond). Proud father of Alex-Andre Cardinal (Julie), the late Derick Cardinal, Maxime Cardinal (Miriame Ranger) and Philippe Cardinal (Karine Boucher-Savoy). Dear Pappy of Emilie, Mathis, Miya and Rosalie. Caring brother of Celine Mainville (Michel Lavoie). Rejean’s laughter will be deeply missed by his brothers-in-law and sisters-in-law; his many nieces and nephews; his dear friends; and by his customers at Comfort Water and Sucrerie du Ruban. Family and friends are invited to pay their respects by way of a Drive-Thru Visitation to be held at Sucrerie du Ruban, 40 County Rd 18, Ste-Anne-de-Prescott, ON K0B 1M0 on Sunday, October 3, 2021 from 12:00 to 4:00 pm. Visitors will be allowed to stop their vehicles in a designated visiting area to offer their condolences to the Cardinal family; but due to social distancing regulations, visitors will not be allowed to exit their vehicles. A private graveside service will be held at Cimetière Ste-Anne-de-Prescott at a later date. Donations to Carefor Hospice Cornwall or/ou Maisons des soins palliatifs de Vaudreuil-Soulanges would be appreciated by the family. Condolences / Donations / Tributes can be made online at www.glengarryfuneralhome.com
To send flowers to the family or plant a tree in memory of Rejean Cardinal, please visit Tribute Store
Sunday
3
October

Share Your Memory of
Rejean
Upload Your Memory View All Memories
Be the first to upload a memory!
Share A Memory
Send Flowers